Father Yod and the Ya Ho Wa 13 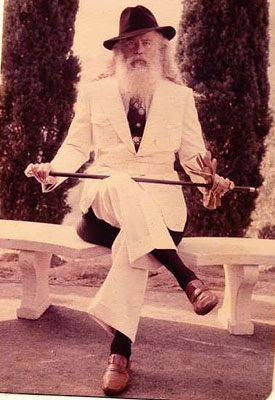 Father Yod aka Jim Baker was a musician, cult leader, and successful restaurateur who lived with his followers in the Hollywood Hills during the late sixties. Yod formed his own vanity record label exclusively for his group: Ya Wo Wa 13, and pressed a limited amount of their peculiar brand of improvised psychedelia onto vinyl, and these records are now highly prized by collectors, for both their rarity as well as their curiosity. 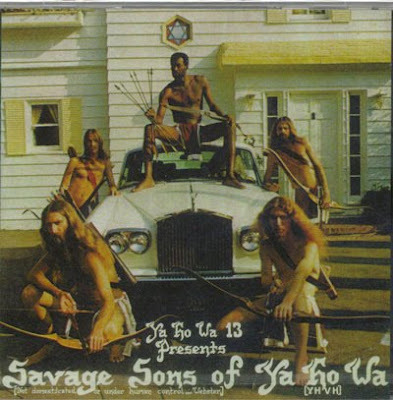 What sets Father Yod apart from other would be cult-leader/musicians (see Charles Manson's failed attempts) is that Yod was able to lure a good number of musicians into his band/cult and get them to record a prolific amount of songs, chants, sermons, hymns and straight jams. The results are uneven, but are now collected on a 13 disc set called God and Hair. 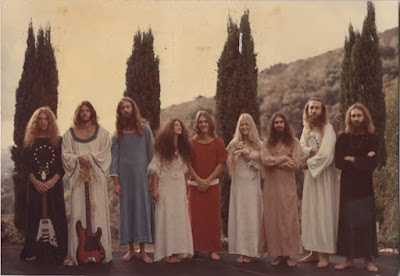 Although the music has its own merit (see below to sample), the legend of the man who oversaw it almost completely overshadows it, and I feel strangely compelled to recount it. Below is a brief synopsis of Father Yod's life as it is most commonly known. 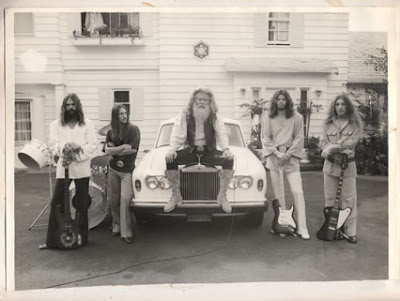 Father Yod was born Jim Baker in Cincinnati in 1922. In his youth Baker enlisted as a marine and fought in WW2, earning a Silver Star medal for his bravery. He also became a Jujitsu Master and eventually had to register his hands as deadly weapons after killing three people in hand to hand combat. (unusual for a hippie) 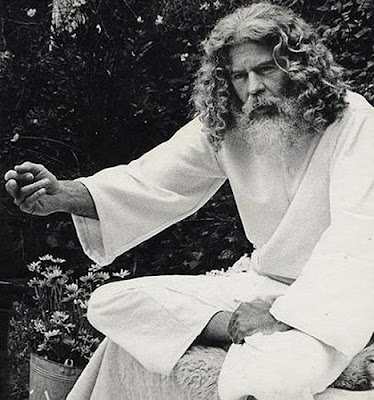 Baker initially moved to Los Angeles to try his hand as an actor and stuntman sometime in the 60's (placing him in his 40s). He didn't make much of a dent in Hollywood, and failed to land the land the part of Tarzan among others things. Yod did, however manage to fall in with The Nature Boys, an early hippie group/commune that lived in the desert raising animals, growing their own crops, and living off the land adhering to a strict vegetarian diet. It was during this time that Baker began reading up on religion and philosophy; he became heavily influenced by a Sikh guru known as Yogi Bhajan who taught him Kundalini yoga, and informed him of eastern religion. 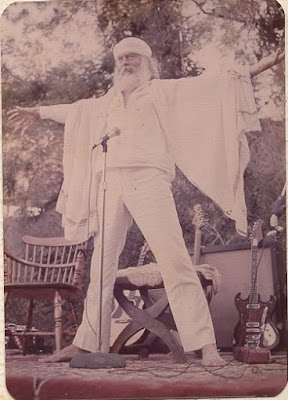 Using money that was reportedly accrued from bank robberies, Baker began financing a series of restaurants in L.A. The most successful of these was The Source. Located on the Sunset Strip, the restaurant served organic vegetarian cuisine and became a celebrity hot spot. John Lennon and Marlon Brando were both noted patrons. The Source was such a hit, that Time magazine claimed it to be the most profitable restaurant in the country per square foot. Although it was run by hairy hippies, it was marked for its cleanliness, fine service, and fine food. At its most profitable, The Source grossed as much as $10,000 a day which made Baker a very rich man. He moved to a mansion in the Hollywood Hills, and he bought a Rolls Royce. 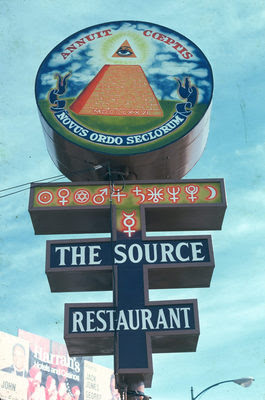 As Yod's status grew, he disassociated himself from the Natural Boys and Yogi Bhajan, and he began to develop a following for his own cult called the Source Family, who lived communally in his mansion. His teachings were based on a hodgepodge of eastern religion, egyptian mysticism, and black magic. According to various sources, Yod and his followers celebrated "the sacred snow" "sacred weed" and "sacred mushrooms". All of this sounds....religious/awesome? Not quite the monks life in short...Such is the life of a cult leader who lived with beautiful hippies in a Hollywood mansion. 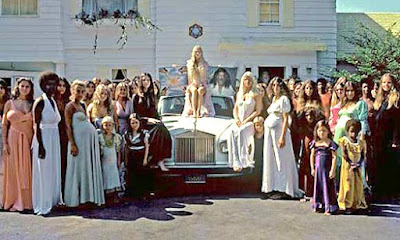 The Source Family grew to number as many as 164 members at it's peak. Yod's flexible belief system encouraged hedonism, and celebrated tantric sex as a way of transcendence. Yod himself took on 13 wives, and had innumerable other relationships. In a suprising move for a cult leader, Yod employed a council consisting solely of women to confer with on matters of importance relating to the cult, making The Source Family somewhat of an anomaly in the realm of freaked out hippie cults in the Hollywood Hills. 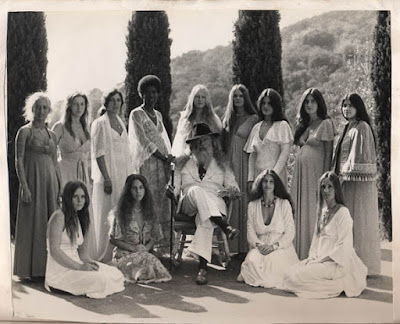 Yod's following of male and female musicians within his cult managed to make some decent recordings if you dig deep through the hippie flotsam and jetsam which bloated their releases.

Here are two cuts from Ya Ho Wa 13 which actually make sense and loosely follow a traditional song structure.

Yod met his demise in 1974. After realizing an apocalypse was on the horizon, he sold his restaurant businesses and took his remaining followers and wives with him to Hawaii, which he believed to be a safe haven. After having never hang glided before, Yod decided to try it, jumping off an 130 foot cliff and crashing into the beach below. The fall was so severe that he died nine hours later at the age of 53. His legend, however, lives on, and the Source Family not only still exist, the also have a website!

A member of the Source Family wrote a book about Yod called The Source, which is held to be the definitive account of this unusual man and his followers.