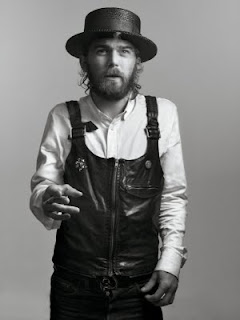 Dash Snow is dead at the age of 27. He was the self -indulgent artist whose great grandparents were responsible for the Menil Collection located in Houston Texas. Dominique de Menil was an heiress to the Schlumberger oil-drilling fortune. Dash was more a rock star then an artist. He was involved with the art scene on the lower east side coined the Bowery School and in many peoples mind was breathing a new energy into the art world. He left home at the age of 14 to live on the streets of New York City starting out doing graffiti and eventually breaking onto the art scene with a set of explicit Polaroid images of sex and drug use. Amongst them some other interesting photos, one depicted below.

Dash was also well known for creating what was called a “Nest”. He and his friends would get their hands on approximately 50 phone books and get a hotel room. They would then tear up all the phone books and spread them around the room. Then they would take coke, ecstasy, and mushrooms and wait. They would wait until they felt like hamsters. It all culminated into a piece he did later on called “The Nest” in which 2000 phone books and thirty volunteers were needed. He will undoubtedly become an art icon having died of a drug overdose at the tender age of 27. He leaves behind his wife Jade Berreau and their daughter Secret.
Posted by Ferenzi