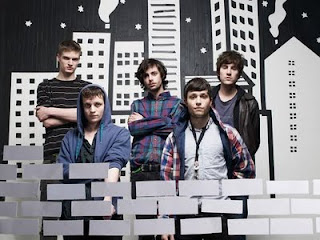 The Maccabees have released their second album called “Wall of Arms” and their first single is “Love you better” The second album was done with Marcus Dravs most well known for his work with Bjork, Arcade Fire and Coldplay. The Maccabees are using the atmospheric sounds of the electric guitars rather than incoporating many intruments like Arcade Fire does. After their freshman effort with such songs as "Toothpaste Kisses" it looks like aging a little bit has made their progress nice to watch. The Maccabees are breathing some life into the British indie rock scene.