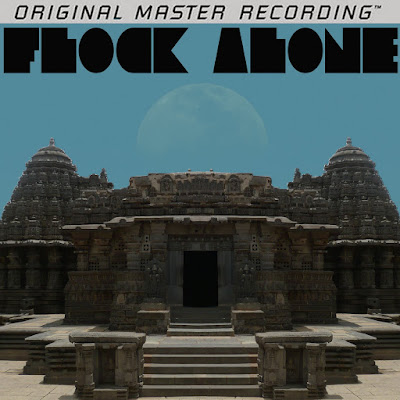 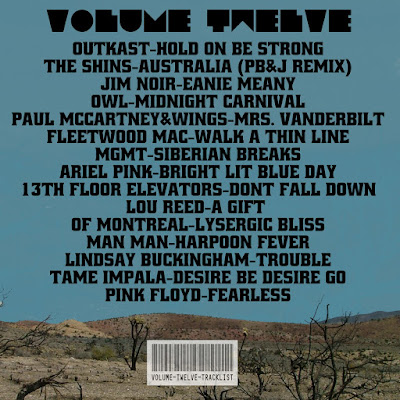 A young girl by the name of Sabrina Duim was a harp player that toured with Conor Oberst's band. She was 21 years old at the time and from the pictures at www.sabrinaduim.com/ it seems she was full of life and had the world at her fingertips. A few years ago at 22 years old she died from complications with some medications she was taking. This type of death has even the most hopeful of people ask questions about life and death. Conor would later write a song called "Breezy" in honor of her and it is a mournful piano ballad.

Exit Through The Gift Shop

The underground world of Street Artists. The illusive mysterious man Bansky. I won't say anything else except you need to see this movie.

Los Campesinos: You! Me! Dancing

Los Campesionos play vibrant live shows that you will hop at. The group has a lot of people on stage and their brand of indie pop is addictive. This song in the video "You! Me! Dancing!" will get you dancing with its slow building up to that ripping guitar riff. When heard live I forgot about all my problems and grinned ear to ear.

Sarah Barthel of the band Phantogram left NYC where she was pursuing a Visual Arts degree later to start making music with her longtime friend Josh Carter. The bands name Phantogram literal meaning is a levitated image created using drawn images, photographs or computer generated images. The above image is a Phantogram of a picture taken of The Empress Hotel in Victoria, British Columbia. Their video for "Mouthful of Diamonds" has good use of visual imagery and is a bit trippy. Enjoy
Posted by Ferenzi No comments:

You don't need to know spanish to know this kid has talent. He's even got some jail-bait fly-girls with him, this dude knows whats up. I didn't have fly-girls when I was prepubescent, this kid is way ahead of me. I just wanna bump this out my jeep with a system in the back that's so loud it rattles the trunk door something crazy.

"Magic everywhere in this bitch!"
"Miracles" is the latest from Insane Clown Posse off their latest smash hit album"Bang Pow Boom" (which I'm guessing is a sly reference to the Black Eyed Peas' smash hit "Boom Boom Pow"). This album sold 50,000 copies last week, and that's why I'm confused... This song is two guys dressed as clowns rapping about miracles. While the CGI graphics of the video are visually dazzling and must have required a huge budget to put together, sonically this song is bland, and lyrically it's just plain retarded:
"fucking rainbows after it rains,
there's enough miracles to blow your brains"

I appreciate ICP's attempt to pull out their Ralph Waldo Emerson impression on us and start rapping about how they like rainbows, "things chilling in the sea", and how they don't understand how magnets work. It's just too bad that they're terrible at expressing the joy they feel from the surrounding natural world. I guess they were so high when they thought of these examples that they believed this song was (to quote them) "pure motherfucking magic" and fuck, it really is...I've never heard anyone rap about how they like rainbows before, so in that respect they are innovators and I applaud them for attempting to take rap music to another level. Too bad its a new low, for life and for humanity that something this offensively ignorant could become so successful in today's day and age. I have a theory on why that is. The music industry has suffered immensely because people have learned how to share/steal albums off the internet in various manners...and this takes a certain degree of intelligence/skills. Luckily for ICP however, they aren't affected by this because from the looks of them,their fans don't own computers..see below...
Posted by Blaquin Phoenix No comments: