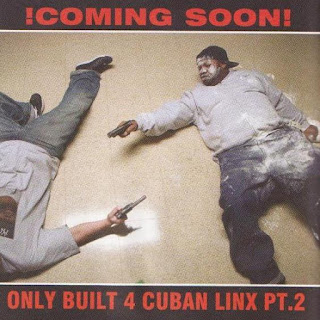 Tonight i wikipediad Raekwon. Dunno if thats a verb, but you understand. What popped up was a lot more extensive then what I expected (not this much). This is really one of the better editorials/essays about a rapper, or rap music that I’ve seen. I’ve never wikipediad a rapper before, but i guess this is what you get apparently. Prepare to get schooled on Raekwon.

"Although Raekwon wasn't the first to make the connection between gangsta rap and the Cosa Nostra, his storytelling abilities on tracks such as Spot Rusherz led to many a comparison with Kool G Rap (who pioneered the idea), and the album as a whole is often credited for popularizing the trend of using Mafia and gangster movie motifs in rap music." Right. Ok. Never heard any one EVER use the word 'motif' to describe anything in rap before. I bet “no homo” was deleted from that paragraph by the wikipeda censor bots. Whoever wrote that HAD to have written “no homo” after laying down “Motif” right?

"If the GZA is often described as the Wu's best overall lyricist then perhaps Raekwon is their best storyteller, and here he translates the epic themes and narratives of a Mafia movie into what critics consider a startlingly accomplished hip hop album." Is there any question that Gza is the better lyricist and Raekwon is the better storyteller?? I mean COME ON dont tell me that you sit around with our friends and discuss this? Also, who hasn't described Only Built for Cuban LInx...as a "startlingly accomplished hip hop album" in normal conversation. This post sure could use some editing to avoid redundancy!

"Raekwon got his start in acting when he played 'Cigar' in the 1999 film Black and White, and has played several other smaller roles throughout the years. He has also made cameos in numerous films as himself." Thank GOD no one forgot about Raekwon's prolific and varied acting career. I'm glad someone remembered when he played "Cigar" I saw that movie too, I just forgot his name was "Cigar" cuz i thought he played someone named "Raekwon". My bad, thanks for the clarification dude. Informative. 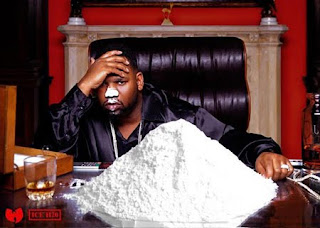 Judging by this photo Raekwon is way more into Gold Bond powder then I am.

Raekwon's new mixtape Cuban Revolution shows that Cuban LInx 2 (new york rap’s Chinese Democracy) might be as good as its been hyped to be. Ghostface is all over the tape and its got an all star cast of 90s rappers on it, so yeah, it’s good. Download it here:


Oh yeah, if you want to get extremely informed about Raekwon and find out his government name (Corey Woods) and his birthday (January 12) so that you can celebrate it by playing cuban linx that night while wearing wallabee shoes, wu-wear jeans,and an oversized Tommy Hilfiger polo shirt while you chew on a toothpick (my mom hates that) and you cook up some fish (he is the chef) well, then knock yourself the fuck out, I’m down, sounds like a good time.
http://en.wikipedia.org/wiki/Raekwon
also, Dude was in the times on Sunday, and this is fun to read…