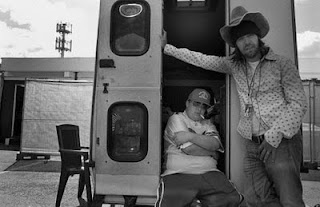 Shane Meadows the 36 year old British film maker known for his gritty realism is at it again. Meadows last film was about a young boy in England who gets involved with the skinhead subculture and it won the Alexander Korda Award for Best British Film at the 2007 British Academy Film Awards. Le Donk and Scor-zay-zee is a film that was shot in five days with a very small budget. It is about a roadie named Le Donk played by film collaborator Paddy Considine. He is promoting a young Nottingham Rapper by the name of Scor-zay-zee, a funny looking fat bloke with a cool hat. Le Donk will bring Scor-zay-zee along with him to seek support from the Artic Monkeys.