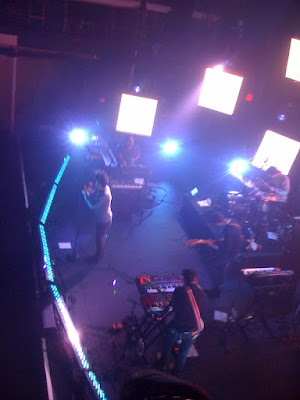 "These are the biggest three shows of our short career!" exclaimed the lead singer of Passion Pit. Very few bands are able to sell out three shows at one of the largest venues (and hardest to see the band at) in New York City without cutting their teeth for years, but Passion Pit seem to have done it only one. This time last year the band was playing Pianos, over the summer they opened for Phoenix at Summer Stage, and now theyve arrived as a major force for ticket sales in New York. 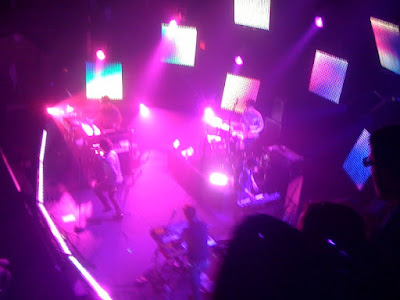 The singer has a stage prescence prancing around the stage with his endearingly awkward falcetto, backed by versatile four piece who helped with the lyrics at times...that is when the band didnt have the entire audience singing along at the top of their lungs for the choruses of their most well known hits. It was hard to differenciate what or who was playing any given note which is a credit to the bands innovative approach. Their electronic sound is all created through live instrumentation albeit utilizing a myriad of effects pedals and fuzzboxes; it was hard to not be impressed with their musicianship by the end of it, truthfully I was expecting samplers and laptops to be onstage...of which there were none. 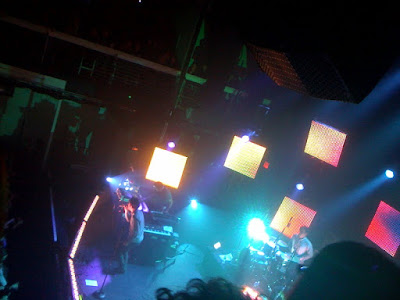 The biggest surprise of the night though was their choice of a cover for the second of their three song encore: "Dreams" by the Cranberries. It was an insprired if odd choice but the suprisingly the band was able to pull it off, and as you can see in the video below, the crowd got really into it.