The Beatles Never Broke Up! 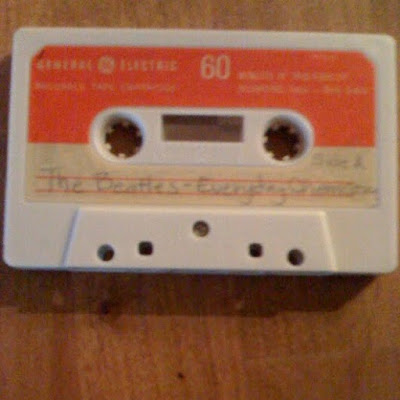 Or at least they didn't in a parallel universe, to which a one James Richards claims to have accidentally traveled to through a portal in the California desert, from which he returned with a cassette(!) of an album entitled Everyday Chemistry released by the Beatles in the late 70s or early 80s (of this parallel universe). That sums up his story, and hes sticking to it (check out his FAQ section). You should read the entire thing here, because something this bat shit crazy absolutely deserves a minute of your time.
K, so back to reality...what dude basically did was mash up a bunch of post Beatles solo joints and strung them together into songs, which he then compiled into a mixtape. Clearly I need to brush up on my Lennon and McCartney cuz, I couldn't place a lot of the samples here. However, this one clearly contains significant portions of the Wings classic: "Band On The Run".

Visit the site here, and download the whole tape...its worth a listen for the creativity and insanity that went into it.

Bonus: While I'm at, and had previously mentioned Band on the Run, here's a personal favorite off that album.