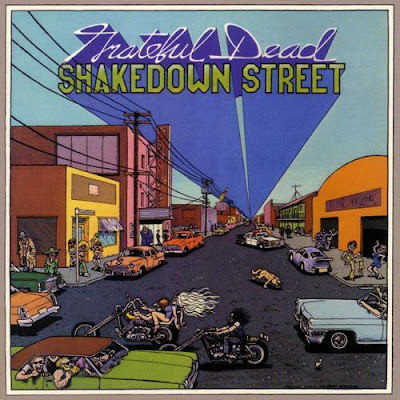 In 1978, The Grateful Dead departed from their signature sound, a mixture of country rock and psychedelia; and cut an album influenced by Disco. Many of their contemporaries in the rock world would also attempt the same thing (Rod Stewart, The Rolling Stones) but the Dead pulled it off while still remaining true to their weirdo roots and not losing their essence. On the title cut, the disco influence comes out strongly, its has a slinky danceable groove; and although it may not be something that would tear up a club, makes for great headphone music. Its an atypical song from one of the flag bearers of classic rock.