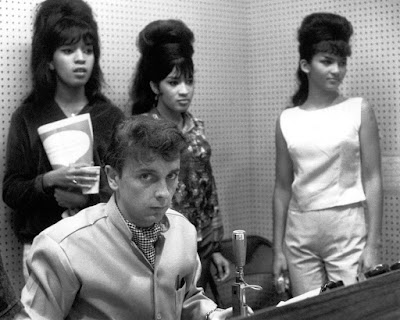 Some songs stand the test of time. Even if you dont know what a Ronnette is, you've heard this song. Its beautiful. The Ronnettes are two sisters and a cousin from New York City who kicked off their career as dancers in a Times Square club back in 1961, by 1963 they'd come to the attention of infamous producer/creepy murderer Phil Spector (above foreground) who signed them to his label and initially used them to back up his other acts. For their time, they had a bad ass image with heavy eyeliner, beehive hairdos, and tight skirts. Their first single "Be My Baby" was a huge hit, hitting the #2 spot on the U.S. pop chart and capturing the heart of Brian Wilson, who wrote the track "Don't Worry Baby" in response. 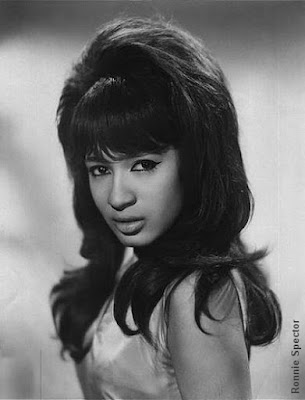 "Be My Baby" not only features fantastic singing from the ladies, but also benefits from Spector's superb "Wall of Sound" production skills. The track kicks of with a thump and a clap from the rhythm section before the piano, horns and strings kick in. The highlight of the track though is the chorus, the girls harmonize together like very few can, and the melody carries it home.