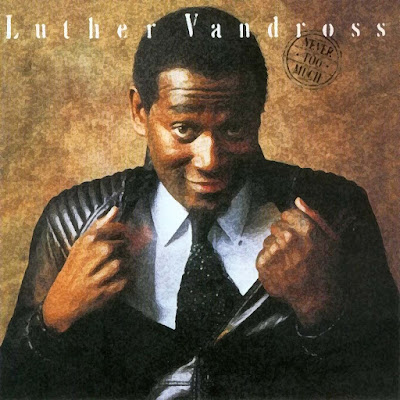 Damn, Luther can never get too much of this girl. he wakes up and looks at a picture of her when he gets up in the morning, he calls her house but shes not home (pre cell phone days) and then hes about to leave for work and his girl is right there when he opens the door to leave! He displays himself to be completely fiscally irresponsible by deciding to hang out with his lady friend instead of going to work, even though his boss is really on his ass about being on time. Anyways this is the song that made Luther a star; he'd sang on other peoples tracks, including David Bowie's Young Americans album, but this was the first track that broke him, and you can see why. The warmth and cadence of his delivery is easily accessible to an Fm radio audience, and besides that those disco guitars really really kick. The song hit #4 on the Billboard dance charts in 1981.