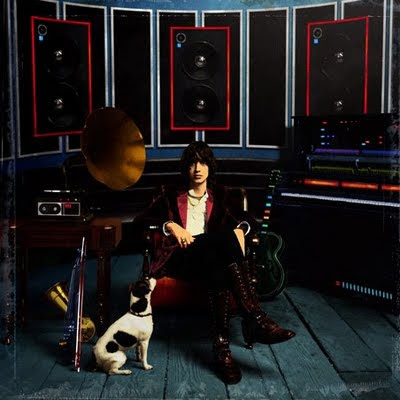 Expectations need to be met when you're the lead singer of one of the worlds most well respected bands. Little to nothing has been heard from Julian Casablancas since it was first announced that he was dropping his first solo joint. First there was the preview video (which we covered here), and then a website emerged, which simply hosted that video and not much else. When the album cover was put out on the web, the only music to have emerged was the proggy instrumental track which accompanied the preview video. The lack of well, anything, only fueled the hype for this album which no one except Casablancas had heard. There were/are no leaks, no nothing, and it was as if the master tapes were being kept in some high security vault on a spaceship orbiting the moon, guarded by the Predator.
Finally we have a fucking song, which debuted on the myspace page yesterday. It completely lives up to the hype. I didn't expect it to sound like the strokes, and didnt want it to either. In an interview Casablancas said he was going to do things that he couldnt do with the Strokes on this album, and clearly hes going for it. For one, this song has a bassline that's way too funky for a Strokes album; the drumming is almost tribal, and the song is based around a hyped up organ riff. The 80s vibe is heavy on this one, and it's cool; cuz you can dance to it.