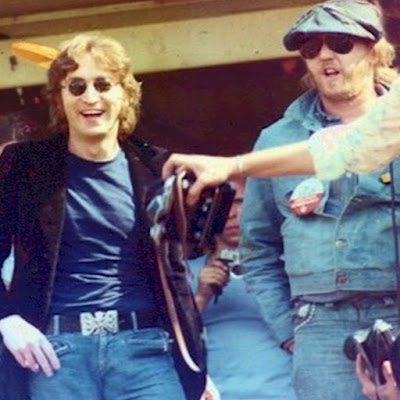 Drunkenly recorded in a beach house in Malibu in 1974, Harry Nilsson's Pussy Cats album is legendary for the debauchery which took place while it was completed. Produced by John Lennon, the vibe of the album reflects the boozing which occurred while it was made; loose, slow, sometimes sloppy and out of tune, Pussy Cats is the sound of two drunks filling their beers full of tears late into the night. 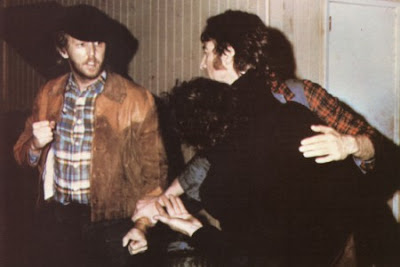 The legend behind it goes as such: Lennon and Yoko Ono were not getting along, so he and his assistant (with whom he would have an affair) packed up for Los Angelos, where he contacted his friend, singer-songwriter Harry Nilson to produce Nilsson's next album. To ensure that everyone involved made it to the studion on time, the musicians (including Ringo Starr and Keith Moon) all holed up in the same house. This apparently only served to create a chaotic atmosphere of drinking, drugging, and fighting. Lennon and Nilsson were kicked out of the Troubadour club on the sunset strip twice for fighting while recording, and Nilsson injured his vocal chords, making his throat raspier then usual for this . However they were able to finish the album through all of the setbacks, and produced Pussy Cats. 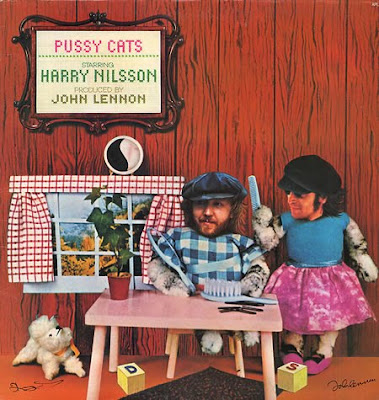 Among music fanatics the album is legendary, and has been inspirational to countless musicians including The Walkmen who covered the whole thing note for note right after recording 100 Miles Off , so it was obviously an inspiration to them, which explains to me why 100 Miles Off is the only bad album in their discography. Listen to the unhinged and funky "All my life", with its repentant lyrics about drinking, and the pleading screech of "Many Rivers I've Crossed" to experience the flavor of two talented musicians totally losing their shit. Beautiful.