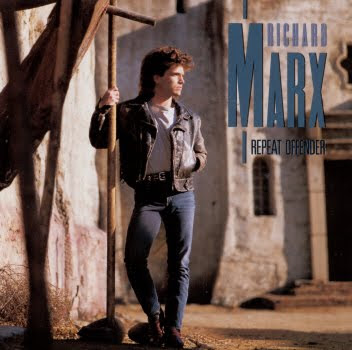 Unlike George Michael who was another 80's sexual icon, Richard Marx clearly has something to hide. His wedding ring isn't convincing anyone. His fluffy mullet and his penchant for playing piano accompanied by spanish guitar say it all.This ballad was the biggest hit off of his 1989 album Repeat Offender and one of the best power ballads of the late 80s.
Richard Marx - Right Here Waiting
Uploaded by Pierrot68. - See the latest featured music videos.
Posted by Blaquin Phoenix