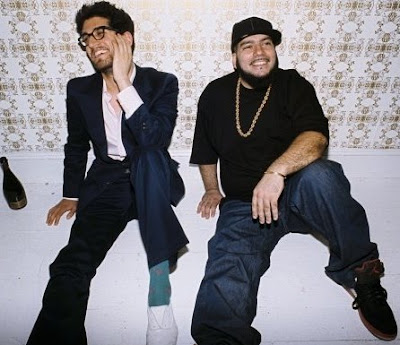 Chromeo is one of those bands that get remixed to death, they're the predominant purveyors of Blue Eyed Soul, and their campy take on 80's pop funk is light hearted enough to not be too weird, without losing a decidedly tongue in cheek approach. You can tell that they're just having fun, and that's what counts. No one uses a vocader seriously, no one.
Prince Klassen is a DJ out of texas who first came to my attention by re-editing classics by Arethra Franklin and Roxy Music. He stands out of the way of the tracks and accentuates the bounce of the original, retaining the flavor of the original while enhancing it's danceability. Many people have taken on Chromeo tracks, but Klassen is one of the few who manages to make them better.