Ryan Bingham and The Dead Horses 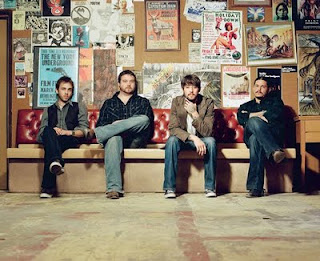 Ryan Bingham and the Dead Horses played the Rams Head in Annapolis last night and it was a little bit country, a little bit rock and roll, and surprisingly a little bit mariachi. Ryan Bingham the ex bull rider from New Mexico started out the show alone and with just his acoustic guitar. Although he is a true rocker and roller his slowed down acoustic stuff is heartfelt and really good. The Dead Horses took the stage and tore the place down with ageless country tunes that make you want to get up and scream along. His guitarist Cory Schuab, seasoned country rock guitarist, gives Bingham’s driving rhythms the perfect melodies. On songs such as “ The Day is Done” Schaub’s slide guitar riff is what makes the song and his guitar talent was a highlight last night.

Half way through the show Bingham and his Dead Horses did something that I think surprised a lot of people, he broke into a mariachi style for about three songs. Most of it was instrumental but he sang on the last song, singing the beginning in Espanol. This part gave the show some real dynamics. The mariachi sound is something Bingham is familiar with and he sang about “the old Aztec souls buried in the hills of Old Mexico.” These lyrics give insight into Bingham and reflects what he seems to possess, what many call an "Old Soul".

The guitarist picked it up the mandolin periodically during the set, the bassist also played keys and this switching around on instruments made for a good range of sounds. At the end of the show Bingham picked up a guitar that he hadn’t touched all night to play slide on a few songs. He went out with a bang playing the loudest and the one that ripped the most for his encore, standing on the tables near the stage getting everybody to their feet.