Madlib: Blunted in the Bomb Shelter 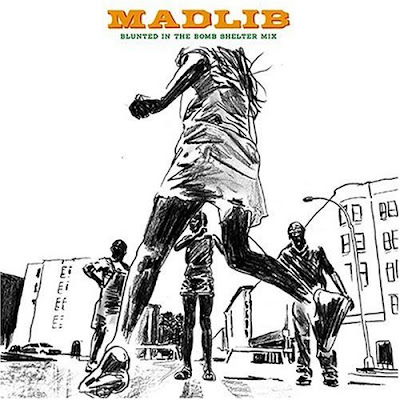 It's hard to track down good reggae songs from the 70s, beyond the obvious artists (Bob Marley, Peter Tosh, Toots and the Maytals, etc) but there there is a treasure trove of singles out there that are golden yet obscure, its just takes a little bit of time before you end up with a collection of gems no one knows. This is due to the fact that Jamaica's musical culture is single based, and compilations are relatively rare. Having been to the island, I understand why, reggae is music meant to be played at parties on the beach at night from huge towers of speakers. There is little time for album filler at these moments, the music is meant for parties, not headphones. Albums are rare and producers of the beat are the king, not the singer.
In the rare moment when I find good reggae, its usually in this form, a mix of artists I've never heard of, curated by an afficianado . There is no point in reaching into the back catalogs of these artists, I've tried..more often that not, they don't exist.
Madlib is hip-hop producer, however, he has created a worthy mixtape of mid to late 70's reggae and dub that's pretty much perfect. 46 tracks, some as long as 2 minutes, some as short as half a minute, while that sounds schizophrenic, it's not, one track bleeds easily inot another and it's worth playing through.
Irie?
Posted by Blaquin Phoenix