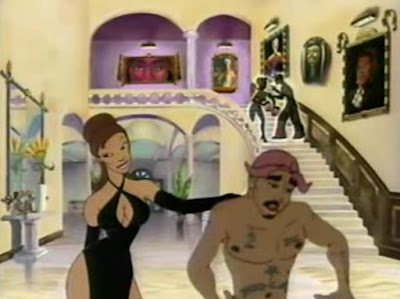 Soft Rock samples FTW work so well as samples for rap songs. it's a trend that started (as far as I know) since Lord Tariq and Peter Gunz flipped Steely Dan's "Black Cow" for "Deja Vu" fuck yeah does it ever work perfectly. Here, is a posthumous release from Tupac Shakur which flips soft rock star Bobby Caldwell's "What you wont do for love". Since 2pac was dead at the time it forced a little creativity to release this as a single for his first (of 11) posthumous release. The result is some fantastic animation of 2pac in many different styles including anime and stop motion. Worth watching if you are a fan of cartoons+rap music+soft rock.