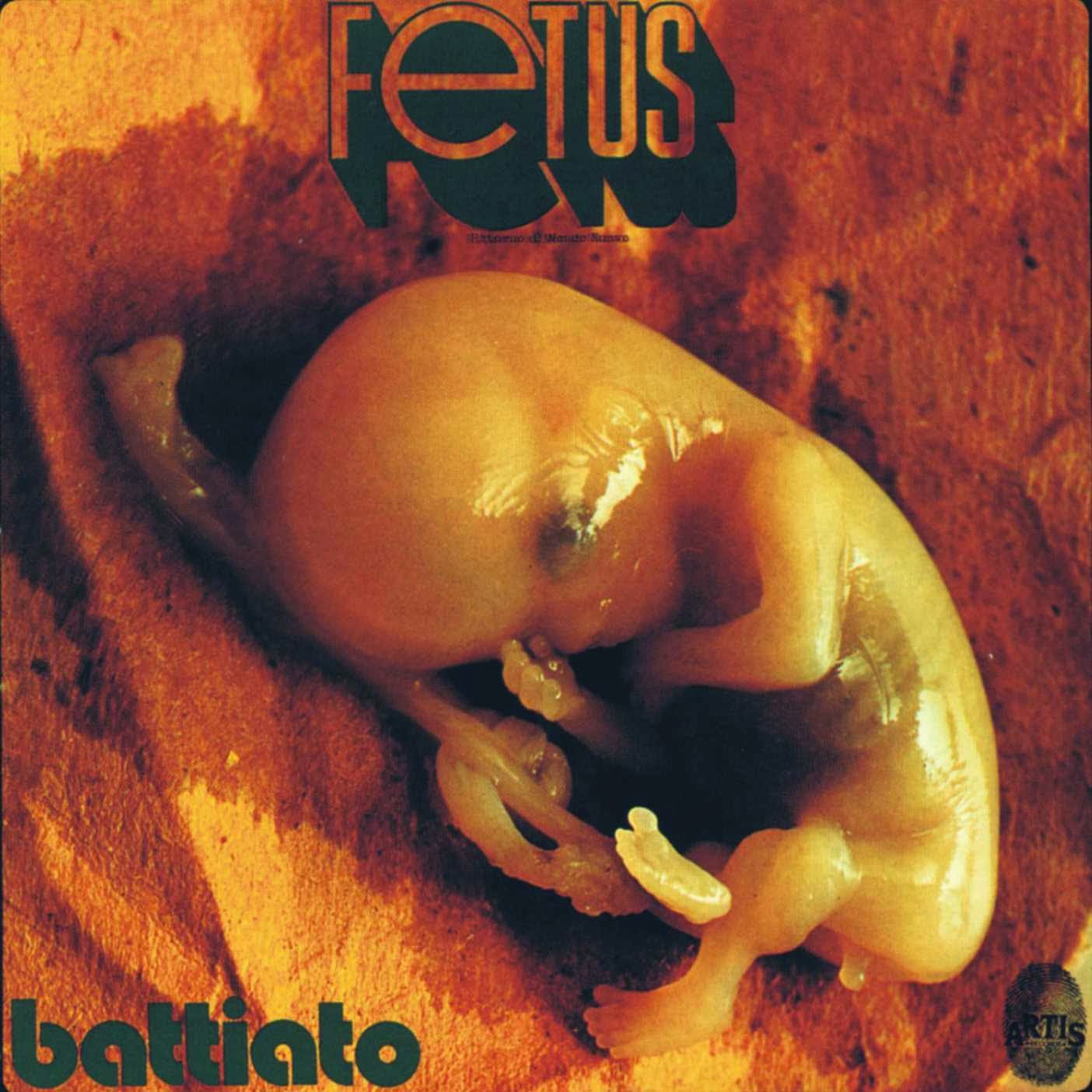 Franco Battiato is now a very popular and respected singer in Italy. His career peaked in the mid eighties, which is long after he'd toned down the weirdness of his early albums in favor of more normal song structures and album works. Which is great, however these early albums, the ones which caused him to lose an Italian record contract and thus apparently rethink his approach to music are what I find much more interesting. Between 1971 and 1974 Franco Battiato released some very strange yet extremely carefully produced and well crafted experimental psychedelic progressive electronic albums (I really don't know how better to describe them) which are really fucking good if you're not all ready turned off by my description of them. They are simply not for everyone.

Fetus (1971), Pollution (1972), Sulle Corde di Aries (1973), and Clic (1974); are a bizarre cluster of works that explore a progression from psychedelia into semi classical music with an aplomb for absurdity, and a clear lack of desire for accessibility. There is absolutely no emphasis on making a "single" let alone a "song"; these are album works, born of time when that could happen; yet even in that era, these were still too weird to catch on. Crafting a song with a giant break in it filled with ocean sounds that fade out as the track then builds back up with chanting accompanied by a strummed acoustic guitar and a blaring synth line... is simply not going to reach a wide audience-no matter how well it seems designed. That's life. Having said that, beautifully simple oft times distorted and reversed melodies abound in these works, random samples are weaved into tracks, and multi part song structures are par for every track; it also seems as if the finest stereo technology effects available at the time are used to their fullest effect in these works; and all of this results in some truly incredible headphone music. It's weird but pretty great. Here are two examples:


This one is from his second album "Pollution" which is a little more "song based" but not by much.


This is the most accessible song from the first album in terms of "singles".... it being a 5 minute song suite about god knows what.
Posted by Blaquin Phoenix